The U Got Brains Champion Schools Program is an opportunity for students and staff of New Jersey high schools to develop campaigns to address teen driving safety. Each school develops its own project based on a topic pertaining to teen driving safety. The top three winning schools will each receive $10,000 for their school courtesy of NJM Insurance Group.  Participating schools receive a cash stipend and technical support to assist with their campaigns, and advisors receive professional development hours.  New for this year: Due to COVID and the uncertainty of school schedules, this year’s program will challenge teams of students to create social media campaigns and virtual presentations or gatherings that can be shared within their schools and communities and across social media platforms.  This year we will celebrate the good works of the schools and announce the winners at a Virtual Awards Showcase. 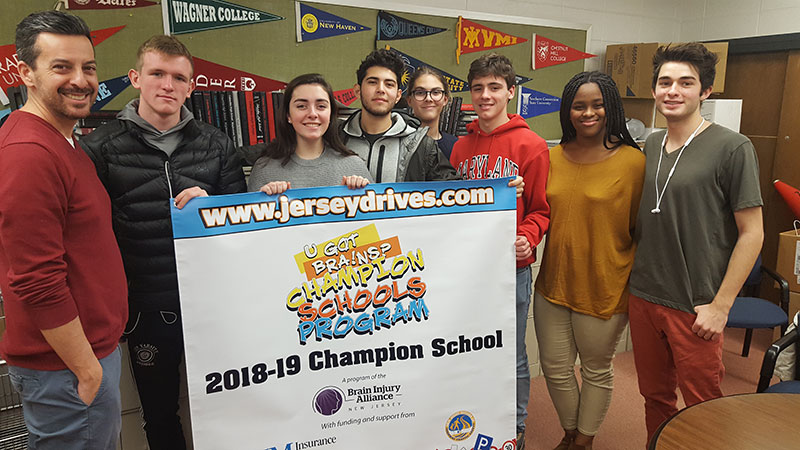 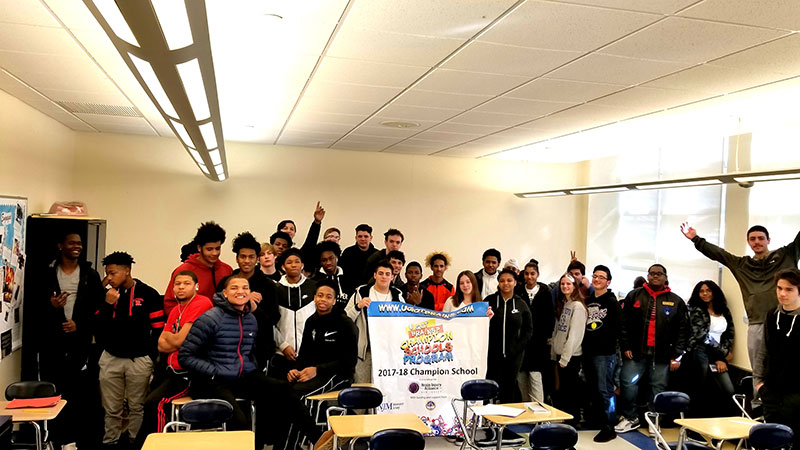 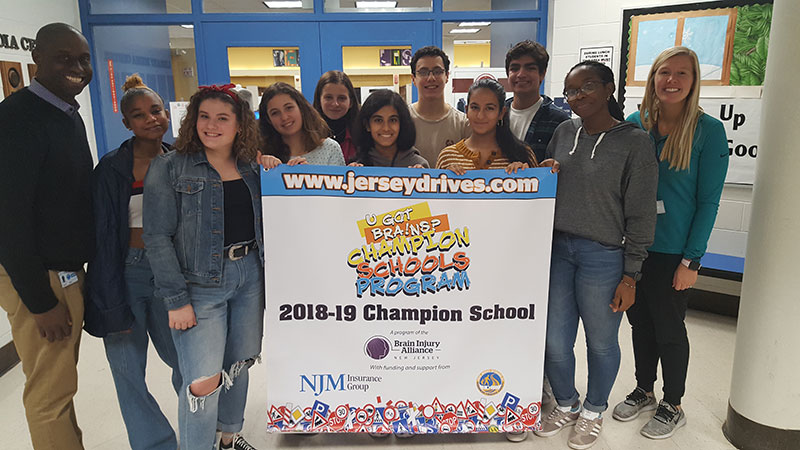 Watch this video to learn more about the Champion Schools Program!

This video was created by the Lenape Regional High School District.

Lenape Regional High School District is a 10th year Champion School located in Burlington County.  Their mission is to spread the message of safe driving and the dangers of being distracted. This year they also focused on pedestrian safety.  Their project, “Heads Up, Eyes Forward” continued work from previous campaigns, including the Safe Driver of the Month preferred parking spot project, safe driving PSAs and the creation of posters and t-shirts.  And in honor of the 10th anniversary of the Champion Schools Program, they created Headz Up 10!, a compilation of 10 music video parodies. To continue to reach people beyond their local community, they added 23 new TikToks to their existing social media presence. They were honored to be one of the schools that was selected to be highlighted on Teen Kids News and are proud of their brand that continues to remind drivers to be safe year after year.

Immaculate Heart Academy, located in Bergen County, is a fifth year Champion School participant.  This year they continued to bring attention to safe driving issues through the ‘DriveSmart@theHeart’ campaign.  The campaign focused on educating the students, faculty members, parents, and the community on the GDL laws.  They hung safety posters throughout the school and participated in the HUMC Safe Teen Driving Challenge which included a poster and T-Shirt Design contest, seat belt checks of students and faculty, and an HUMC ENCARE presentation for driver education classes.  Students with decals received a congratulatory note along with a free Frosty coupon. Cars without decals received a NJ DMV Red Decal flyer.  They provided giveaways during the IHA Pep Rally in the Fall and were featured in a Teen Kids News broadcast.  IHA is honored that the campaign was able to achieve such success in a year that marks the ten-year anniversary of Kyleigh’s Law and the improved GDL restrictions.

Indian Hills School, located in Bergen County, is a first year Champion School. Their campaign “Click Clack Front and Back” was designed to increase the compliance of teens, adults, and all passengers wearing seat belts in both the front and back seat. They developed a comprehensive strategy to accomplish their goals and spread their message across the community.  The campaign included the use of social media messages, facts, and polls about seat belt safety which they broadcast on morning announcements. They ordered t-shirts to wear at promotional events, worked hard to collect pledges, contacted local police, the mayor, and were featured in Suburban News and NorthJersey.com. The team conducted surveys on seat belt use on social media, their school’s website and learning management system. Despite setbacks of COVID-19, the team met 18 times on Zoom with the goal of continuing their campaign and creating an empowering PSA. The dedication and commitment of this first year school to educate their community is inspiring!

Our Champion Schools are making news!  Check out these videos to see highlights from five of our schools.

Choose a teen driving safety topic and use different tools to spread your message.

Submit an application with details about your campaign by November 15, 2018.

Work with your team and submit your Mid-Term Update by March 15, 2019

Finish executing your campaign and submit a Final Update by May 6, 2019

A panel of judges will review the campaigns. Winners will receive a driving simulator for their school!

Get Started with Our Tools for Schools

To help you become a Champion School for safe teen driving, the following is a collection of content, tools, and resources. Looking for something else? Contact Us »

Use the following links to learn more about the Champion Schools Program and your roles and responsibilities as a participating school.

Promoting your project is vital to spreading the word about your campaign and increasing its impact.  Review the Media Tip Sheet and use the Sample Press Release to send to local and state newspapers for an article about your project. Also, please remember that each participating student and faculty member must have a signed Photo and Video Release Form. Teams will be required to bring their signed release forms with them at the Awards Showcase.

Use the information in your campaigns and/or share these infographics on social media sites.

In order to enhance the U Got Brains Champion Schools Program, we will implement an evaluation component developed by the Children’s Hospital of Philadelphia’s (CHOP) Research Institute. Schools will be asked to participate in this online evaluation at the end of the program.

The Champion Schools Program has been evaluated by the Children’s Hospital of Philadelphia Research Institute and has proved to not only increase awareness and education about safe driving, but most importantly, change driving behavior.

The following is a summary of the key findings from the fourth year of the program:

Overall, advisors were very pleased with their advising experience and noted several strengths of the program including the overall impact (i.e., the extent to which awareness of teen driver safety increased in the school) and the importance of the message.

Students reported engaging in safer driving and riding behaviors. This effect was driven by positive changes in the peer culture around safe driving in their school.

As we move forward with this program to help reduce driving injuries and fatalities among teens in New Jersey, we will continue to work on improvements.

The U Got Brains Champions School Program would not be possible without the generous support of our sponsors. In addition to a grant provided by the New Jersey Division of Highway Traffic Safety, we have partnered with other organizations that share our commitment to keeping new drivers safe on the roadways.

Sponsorship opportunities are available for our 2018-2019 U Got Brains Champion Schools Program. Don’t miss your chance to be a part of this innovative program. 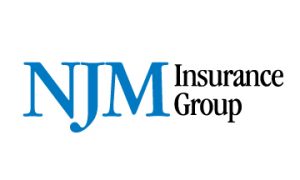 This website was developed as a resource for all roadway users to help make New Jersey roads safer for all of us.

The Brain Injury Alliance of New Jersey is a statewide non-profit organization dedicated to providing support and advocacy for individuals affected by brain injury and raise public awareness through education and prevention.

What you can do

Your ticket for the: Champion Schools_temp